The Bala Lake Railway is pleased to announce the arrival on the 17th July 2021 of Bagnall 0-4-0 ST locomotive ‘Dorothy’ as the latest addition to the fleet based at Llanuwchllyn. Dorothy was built by W.G. Bagnall of Stafford in 1899, works number 1568, the last of three similar steam locos supplied to Greaves Llechwedd Slate Mines in Blaenau Ffestiniog.

The two earlier locos ‘Margaret’ (No. 1445 of 1895) and ‘Edith’ (No. 1278 of 1890) were involved in a pioneering conversion project and became two of the earliest electric locomotives to work in the UK, being converted and renamed ‘The Eclipse’ (in 1927), and ‘The Coalition’ (in 1930) respectively. Both survive and are currently on display at Statfold Barn. 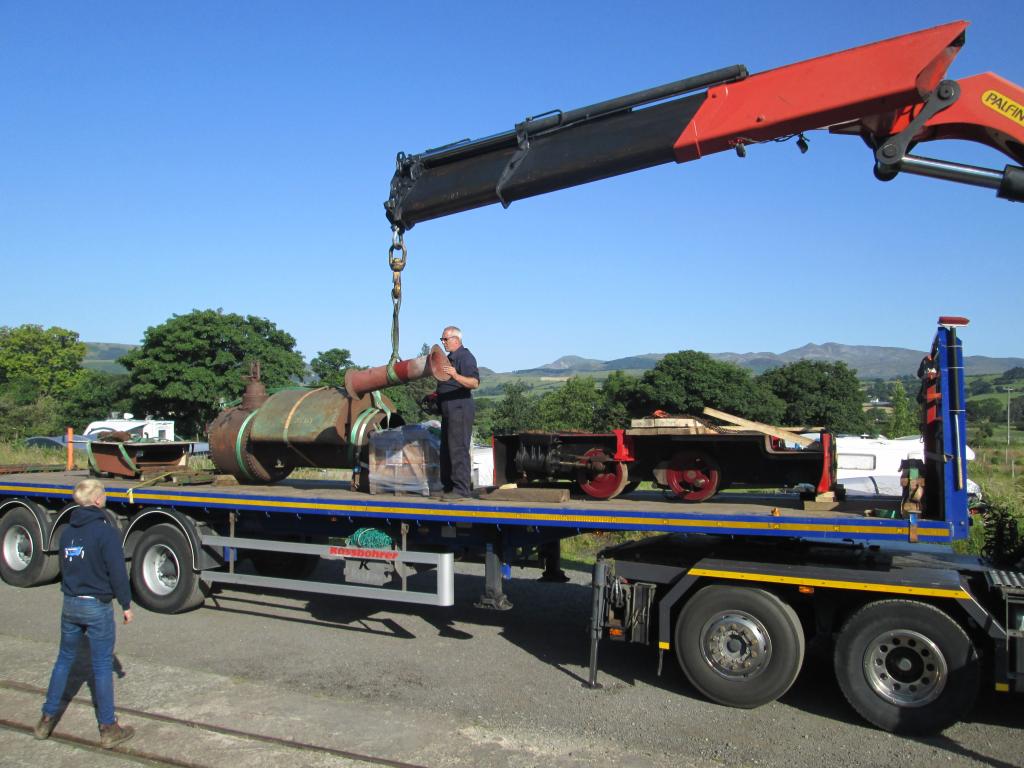 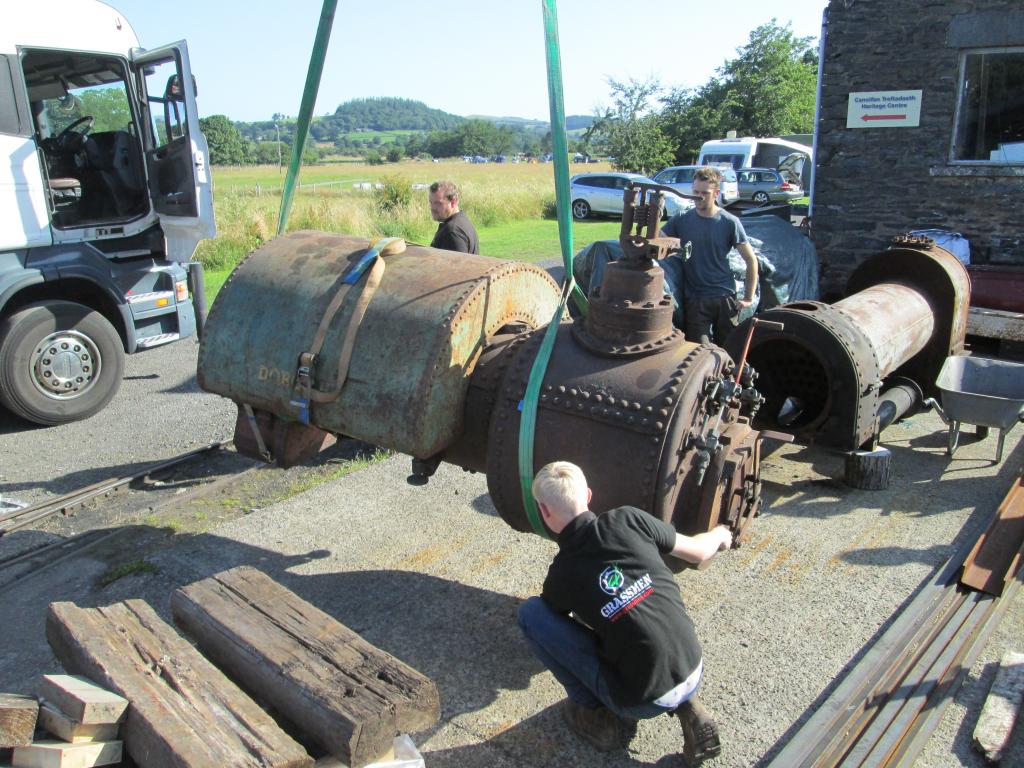 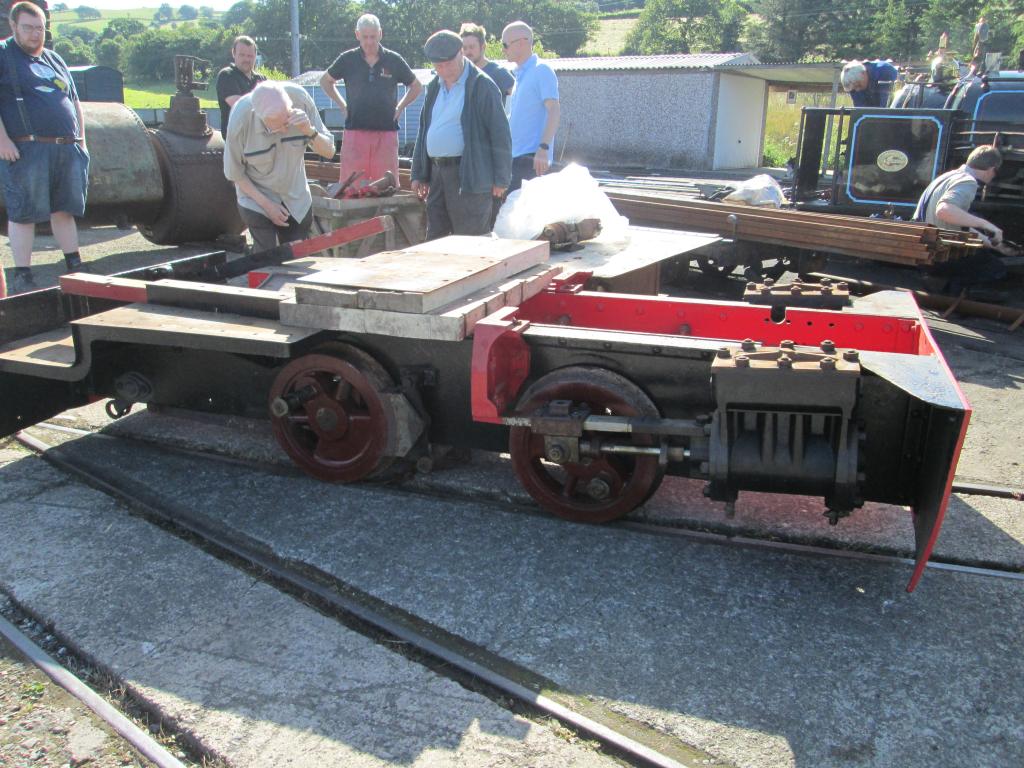 (more pictures and video can be found in our photo gallery)

For a long time it was rumoured that ‘Dorothy’ had been the donor locomotive for ‘The Eclipse’, but it appears that although the locomotive was stripped down, for some unknown reason the conversion did not progress further.

She remained in this dismantled state for a number of years, and although many parts were mislaid she somehow avoided the scrapman. (We believe Dorothy was used and laid up on the top level of the quarry, which probably contributed to its survival).

Mr R.P. Morris purchased the remains of the Dorothy (which were basically the chassis and other smaller parts found in the proximity of the engine which were thought to be from Dorothy) from the quarry in 1972, and these were placed on a wagon in the Gloddfa Ganol Collection.

When Gloddfa Ganol closed the wagon complete with Dorothy were purchased by Mr Brian Gent until she was subsequently acquired by the Selway Family Collection.

John and the Family continued with Dorothy’s restoration, with the invaluable help of the late Mr Alan Civil, who was also constructing Pearl 2 at the time and so a number of items were duplicated at the time of manufacture.

During the following years many new parts were manufactured for the engine from the plans, including boiler, wheelsets, cylinders, motion work, blast pipe, etc. A considerable number of parts were cast to patterns made by Alan Davenport.

Over the years, Eddie Draper at the Golden Valley Light Railway, Ben Hicks and Will Dakin, very kindly helped progress the restoration. However, as many long-term restoration projects do, the project slowed to halt due to other varied demands of life.

Following a period of inactivity, the Selway Family decided it was about time Dorothy’s restoration re-started and to this end a number of enquiries were made to railways around the UK. Following this process, it was decided that Bala Lake Railway was a most suitable and natural home for Dorothy.

Following the Bala Lake Railway’s success in overhauling ‘Winifred’, re-patriated from the USA in 2012, and the completion of the long-term restoration of ‘George B’ for the White family in 2017, the completion of the restoration work on ‘Dorothy’ will be undertaken by the Bala Lake Railway at Llanuwchllyn. ‘Dorothy’ is expected to remain as part of the operational fleet at Llanuwchllyn for at least ten years and will provide additional motive power for when the line is extended into Bala Town.