With the packed winter programme of loco and rolling stock refurbishment running along smoothly as we will see later, there is only one story to lead with this month, a huge success for the Trust, and ‘huge’ hardly does it justice.

The Bala Lake Railway Trust has had the most phenomenal result to its appeal to raise £50,000 by the end of February to complete their contribution to the National Resources Wales’ ambitious but necessary plan to improve extensively the flood defences at the eastern end of the lake. In past years, floods have not been uncommon thus there is a bold plan to improve the whole section from the Loch Café by the main road right round beyond the Dee road bridge to near where the old Bala Junction station complex was situated. For those not aware of the geography, imagine standing on the river bridge near the current station and look to the east at the large industrial units, one of which incidentally houses Wales’ foremost confectionery manufacturer. 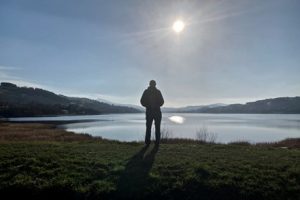 The footpath along the end of the lake will be remodelled with the awkward dog leg near the rugby club car park smoothed out, and it is along this bank that the railway line to Bala Town will run, after which it will deviate on a 1:120 descent past the rugby club into the station.

National Resources Wales have been exceedingly helpful in all the planning of this mammoth operation and immediately welcomed the idea of letting the railway line run alongside the raised footpath embankment, realising straight away that the line will be an enormous benefit to Bala and the area. Their whole project has been costed at around £6.5 million so the Trust had a). to be on board and b). to raise a figure of £277,00, the last £50,000 of this in just one month. Extensive use of social media plus articles in the railway press was employed to spread the message and everyone involved waited to see if the target would be met. On the 21st February, the figure was £30,000 and by the 24th, it had climbed to £45,000. Would they make it?

Not only was the goal achieved but it was exceeded by a considerable amount, such was the reaction of locals, supporters and well-wishers from around the world! Indeed, some of the amounts received were well into four figures and the final calculation on 1st March resulted in a figure of £71,000! There may of course be extra cheques in the post but even so, it all amounted to a really surprising and heart-warming result, and to this end, we attach the link to the statement from the Trust as a note of thanks to every single contributor.

Click here to read the full Press Release from the BLR Trust.

Re-opening is a word on everyone’s lips but as things stand in the first days of March, it is looking doubtful that services will start as planned on the 27th March and the management are waiting for a clearer understanding from the Welsh Government on the ‘road map’ for the re-opening of the country, thus before the official proclamation of the 12th March, no-one can plan anything with any certainty, and as we know only too well, any premature laxity could have serious repercussions. We can only ‘watch this space’.

But proposed events for 2021 can be noted and it is proposed to schedule the following special events into the calendar, pandemic restrictions permitting.

It must be pointed out, however, that all events bar the Race the Train and Bala Re-Railed events can only take place if social distancing requirements have been lifted.

As always in these difficult times, please check the BLR website for the most up-to-date information.

Apart from the publicity surrounding the Trust’s success, we also were delighted to note that the BLR was featured in the Daily Telegraph travel section in an article about heritage railways. It made us especially proud in that the piece was written jointly by Michael Portillo, who needs no introduction in railway matters, and Anthony Lambert who is a most prolific and knowledgeable author on railways and travel.

Our Locomotives have been undergoing much work and improvement this month and we start with the Avonside, the boiler of which was removed and the frames taken to the owner’s base in the midlands. John Moorhouse has been busy with what he called ‘very mundane but necessary work’, cleaning the frames, cylinder covers and motion, depending on weather conditions. He ruefully commented that the boiler will ‘require substantial work’, but that is hardly surprising for one that has remained unused for so long. Nevertheless, this will be a fascinating and on-going story. 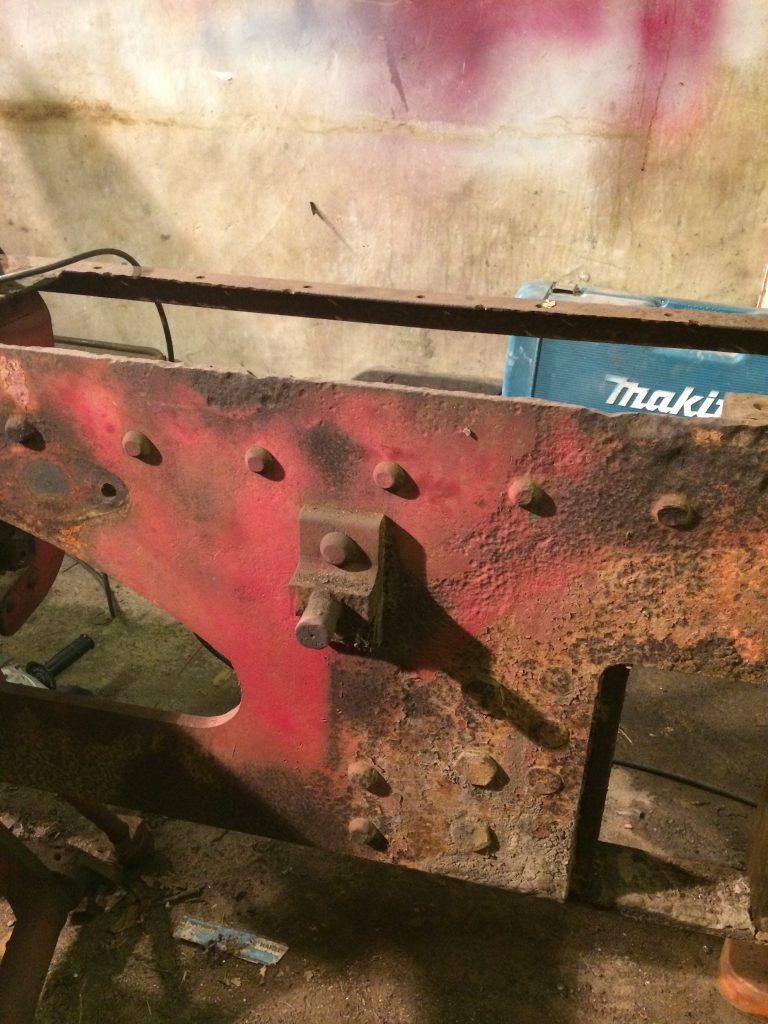 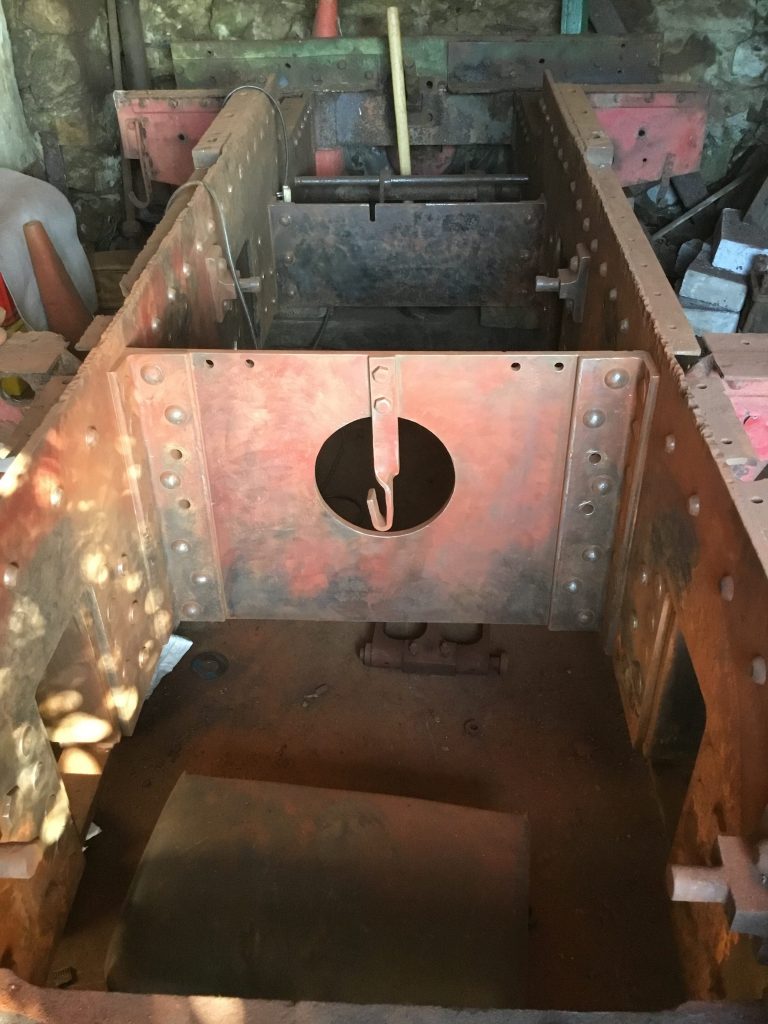 Avonside frames after being cleaned up

Boiler tests on our other locos were all successful with Winifred, George B and Maid Marian all receiving the tester’s tick. Those of Holy War and Alice are being rejuvenated and the former’s is in the process of receiving a new boiler barrel. The old Alice boiler, which will be sold, will require a new tube plate, but what came to light is that her new boiler, built by the Severn Valley Railway, prompted some head-scratching when it came to fitting the regulator valve as the aperture was fractionally different. Enter Rob Houghton, the BLR Chief Engineer, who managed to carry out an ingenious modification, (nothing defeats him), and this resulted in a typical bout of co-operation between railways. The Ffestiniog Railway had agreed to source new chimney materials for Holy War, Maid Marian and Alice, and in return, the BLR showed the FR, as a quid pro quo, how this simple but ingenious modification to fitting the revised type of regulator valve could be carried out on their locos, Velinheli and Hugh Napier. It was a case of winners all round. The FR is also constructing new wrapper plates and smoke-box door pieces for the BLR, and this whole exercise has engendered an even greater atmosphere of co-operation and information-sharing.

Our coaching stock is being improved and updated in anticipation of using both sides of the carriages at Bala Town Station, and we have seen in past months the complete re-skinning of carriage number 8. This carriage is now sporting a fine new coat of burgundy paint from the waist down. 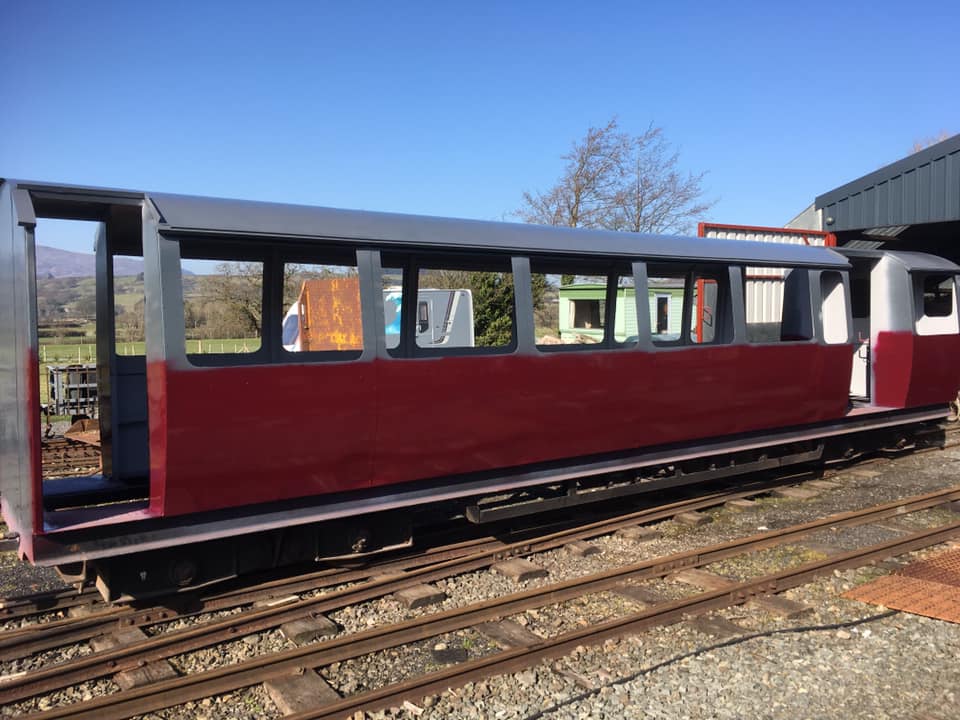 Progress on the new carriage bogies is also coming along but it is very time-consuming and cannot be rushed. At least one is sporting a lurid shade of green undercoat, perhaps a preferred shade for some but not when it has to be cleaned regularly! 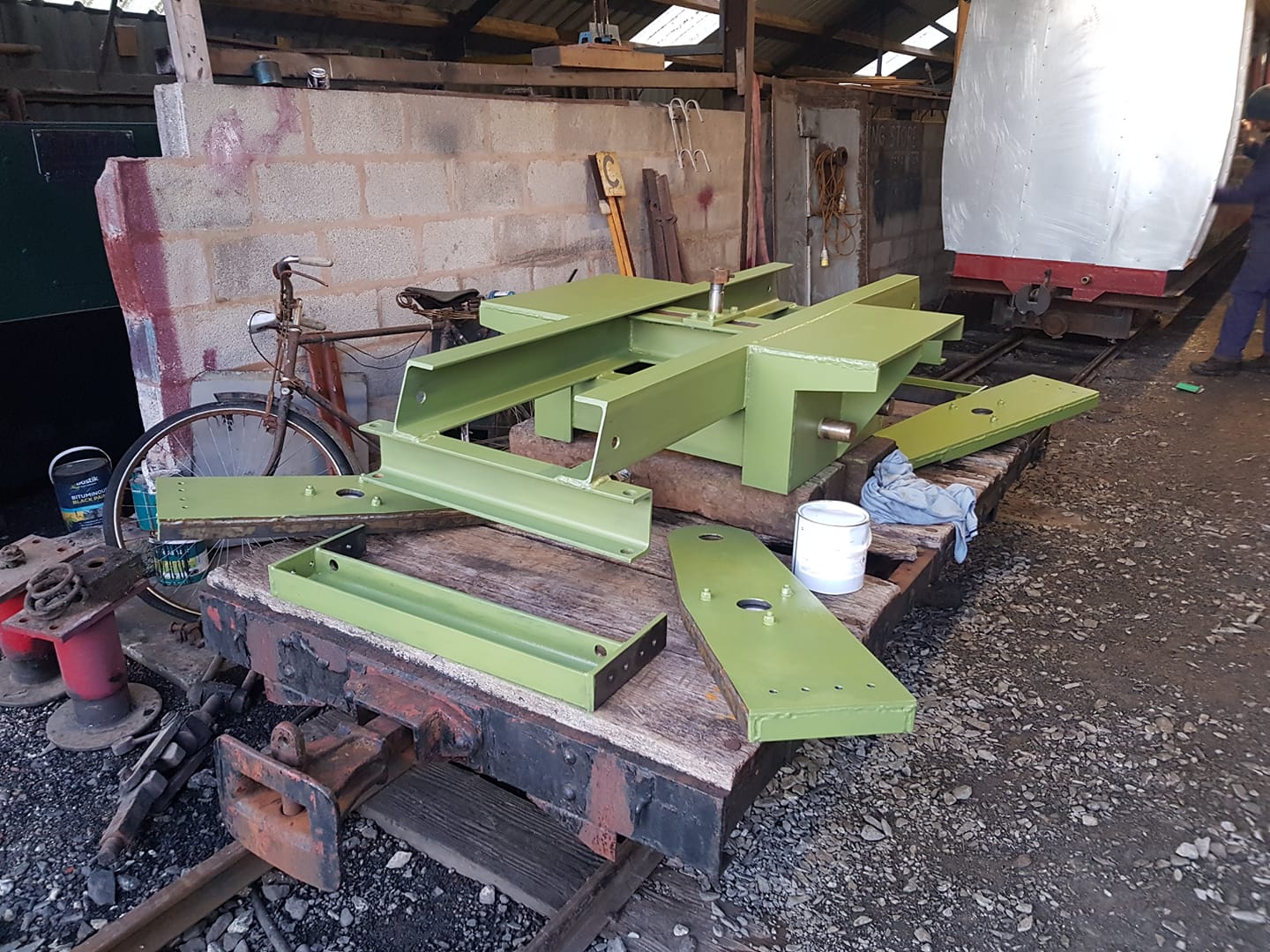 For anyone reading this and who is not already a member, joining the Bala Lake Railway Society is a rewarding move as the Society contains a wonderful group of like-minded people who are all enthusiastic about the BLR. On top of that, the quarterly magazine, the Llanuwchllyn Express, is always full of useful facts, information and stories which are quite different from the web news. Editor Nick Talbot manages every three months to provide a wide variety of stories which are the perfect antidote to pandemic isolation and which are noted for their originality and photo content. It provides an alternative to the web news and thereby a much more inclusive and rounded understanding of why the BLR is exactly what it is. You will not in the least regret joining, and with the numerous and varied photographs included, you will appreciate even more why the BLR has such a unique atmosphere. Click here to learn more about joining the Society.

Nick has also been extra busy this month preparing the second special edition of the Llanuwchllyn Express, a retrospective of 2020, collecting together the monthly news reports from this column to tell the story of a truly fascinating and different year on the railway. This, along with a reprint of the first special edition, is available for sale for a strictly limited period, with all profits going to the Trust’s extension appeal. Click here to order copies of these special editions.

The ash pit at the end of Llanuwchllyn Station by the water tower is the sort of project which seems to be overshadowed by more exciting activities, but this month it was decided to sort out this long-overdue job and renew the base and sides, and Rob and Dan promptly set about the task and dug it all out – by hand. As the photo shows, Dan Laidlaw’s talents knew no bounds and as he himself commented, his brickwork was remarkably impressive for a first effort. 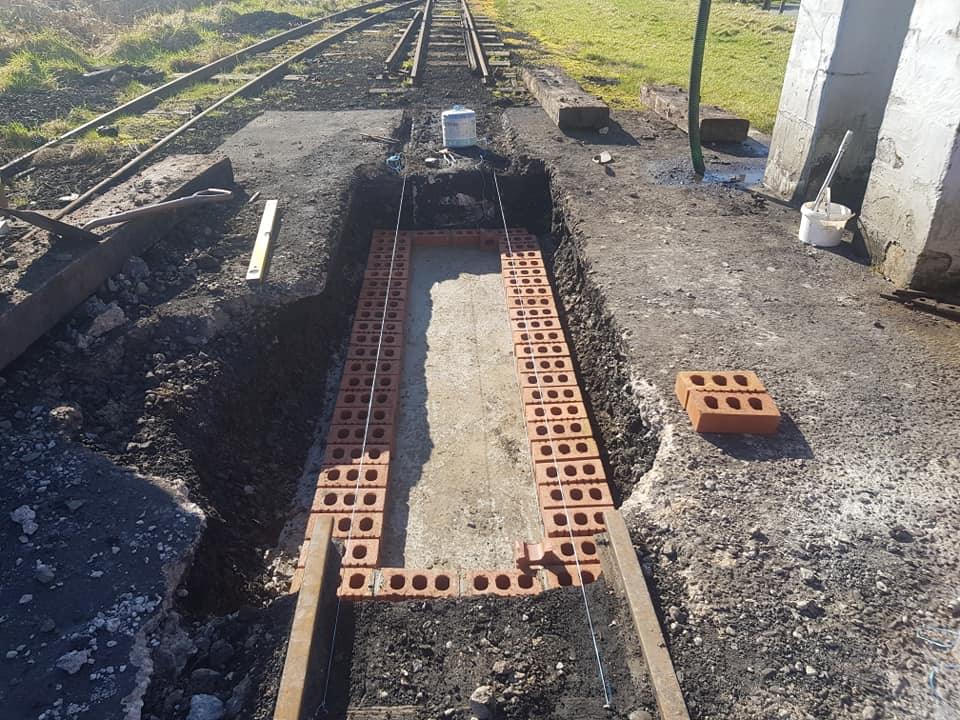 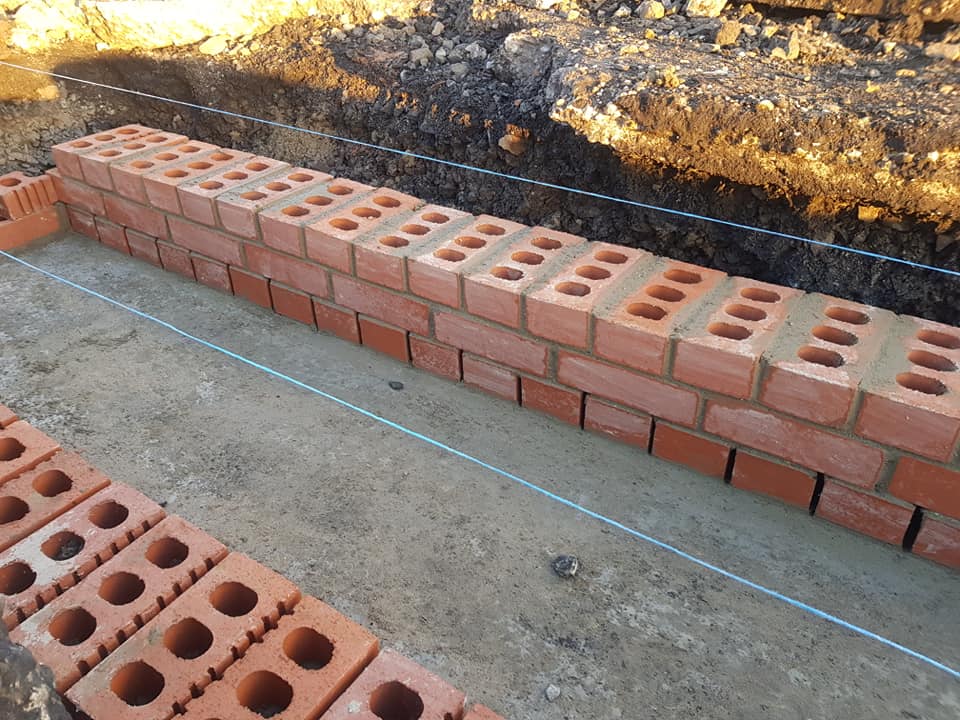 Meanwhile, down the line at Llangower, the signal box roof has been re-slated to a very high standard by a local contractor, and with that job complete, attention has turned to the station office roof which is to be re-furbished - but that is for a later edition as the scaffolding has only just been erected. 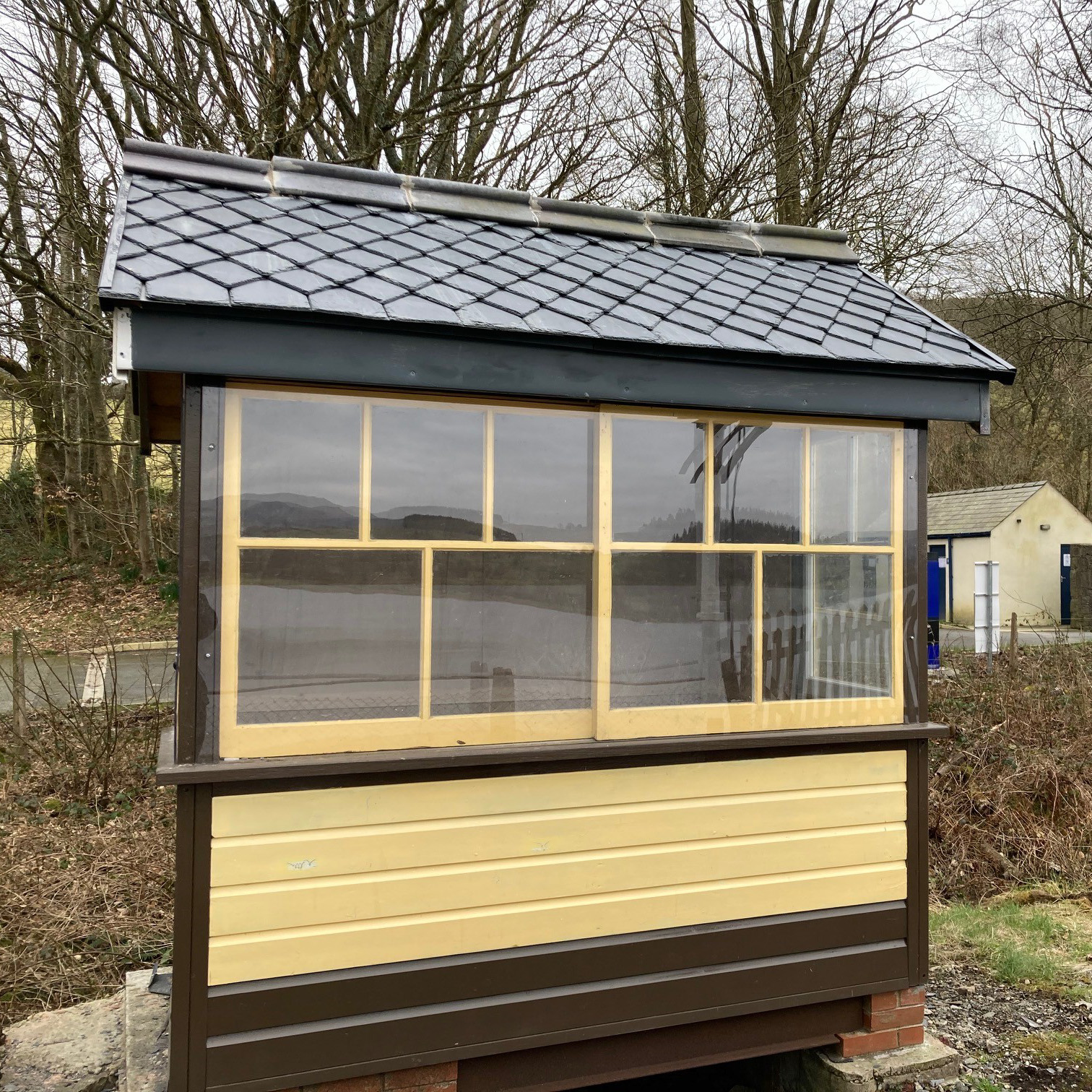 And finally………. and for a complete change of direction, we include a delightful photo of the young daughter of Bala resident and supporter Mathew Fugatt showing a perfect study of a child’s fascination with the ethereal stillness of Bala Lake, the photo being taken near the Sailing Club at the eastern end of the lake, which also doubles as the finishing line of the Race the Train event. Bala is not wholly about charismatic steam traction and we are truly blessed with some of the most spectacular scenery in Wales, if not the UK. 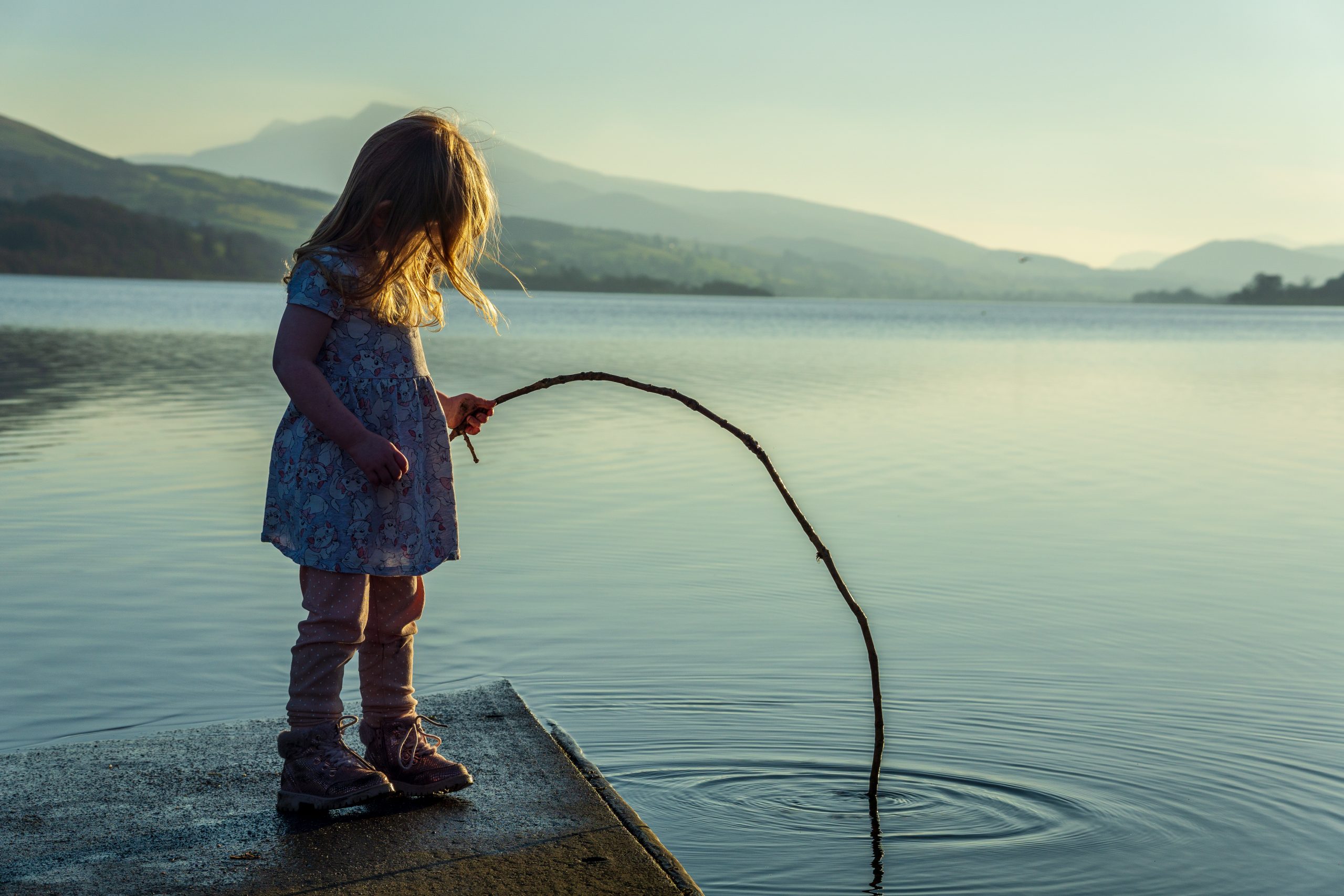