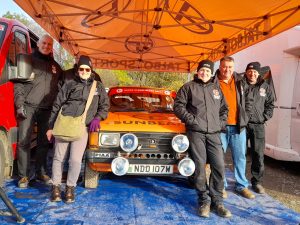 As you will read, it has been a very busy month on the railway but we start this report with congratulations to BLR Trust Chairman and BLR Director Julian Birley who, amidst all the other myriad tasks he does for the railway and the extension project, not only took part in but completed the RAC (Roger Albert Clark) Memorial Rally which started in Carlisle. Storm Arwen did its best to disrupt things but the finishers (less than 70% of the entry) battled through to the finish in Carmarthen, quite an achievement.

No sooner had Julian wearily returned to Llanuwchllyn than he was promptly ‘press-ganged’ into helping with the big track re-laying exercise. Every year, another section of track is lifted, the ballast ploughed away ready for new sleepers to be laid, followed by the rails. Our ingenious reverse ploughs cleverly move the ballast back, first towards the sleeper ends and then over the top of the rails to fill the middle, before the tamping machines, suitably named Rob and Dan, are brought in to complete the task. This time, the section of track to the east of Llangower Bridge was next to receive attention, approximately a quarter of a mile including the cutting. The 27th saw the major ‘push’ with the whole operation running like a well-oiled machine.

The Wednesday Gang was busy on the 24th and was split into two teams, one working on the signal box repairs with the other down at Llangower getting ready for the track re-laying session. Sleepers which had already been cut and drilled were duly unloaded next to the line and the team proceeded to unfasten the fishplates and de-spike the track in readiness for the track lifting as described earlier. 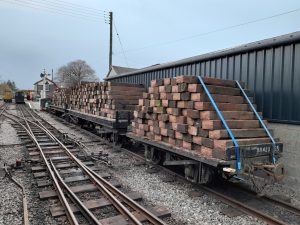 The signal box team was involved in finishing a long-term project to renew a couple of vital windows. The new windows had already been fitted but were removed to allow Chris Scott, with his customary attention to detail, to paint inside the frame for better weather protection. The corner pillar has been replaced with a remarkably heavy piece of Azobe timber, incidentally the same type of wood as the track sleepers but to a much better finish. By the time this is read, the signal box’s western facade will have had quite a make-over, much to the delight of our signalmen who will now be able to observe activity without having to lean out at precarious angles. 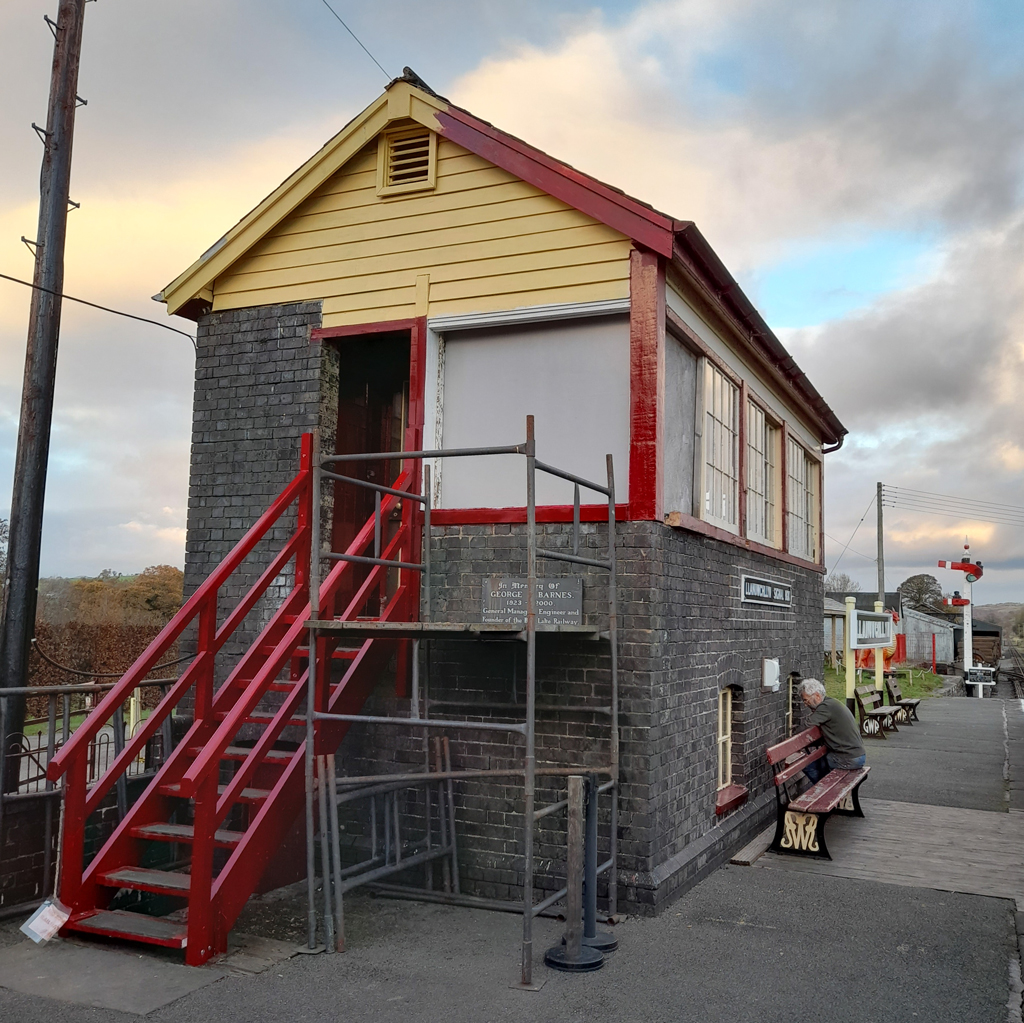 Two charter visits took place in November, the first being a photo charter on the 7th which included guests not only from the UK but also from Germany and even the USA. They had started at the Apedale Railway in Staffordshire, then travelled to the Talyllyn, spent six days on the Festiniog & Welsh Highland and after a day off came to the BLR and thence to the Vale of Rheidol.

Winifred and George B were the rostered locomotives, the latter hauling Dinorwic slate wagons as befits the loco’s original location, with Winifred, originally from the Penrhyn quarry, hauling suitably applicable wagons. Our diesel Trigger was only in use to transport the photographers with the other two locos and rakes operating initially at the bottom of Dolfawr Bank where they could ‘hide’ until called for! 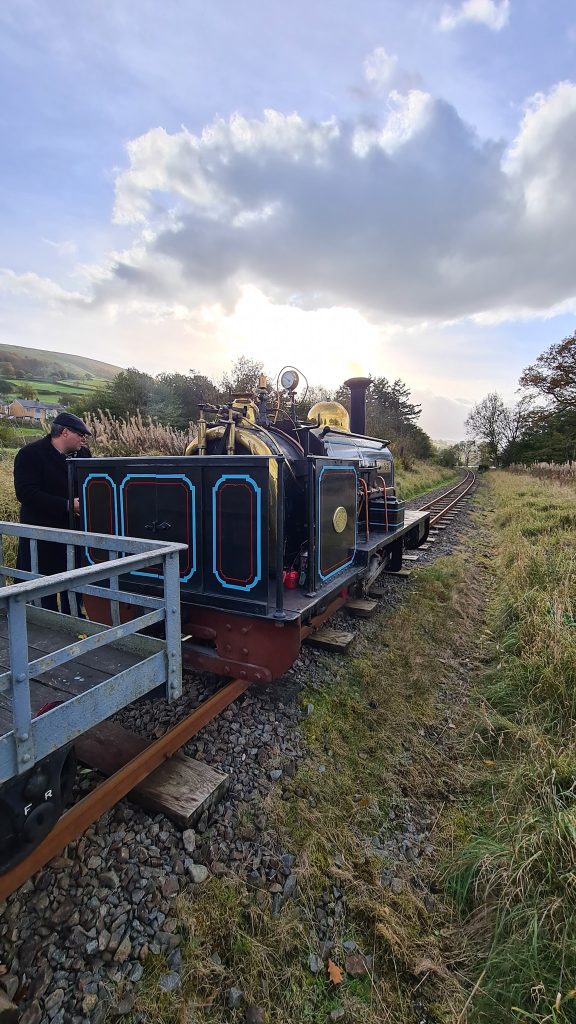 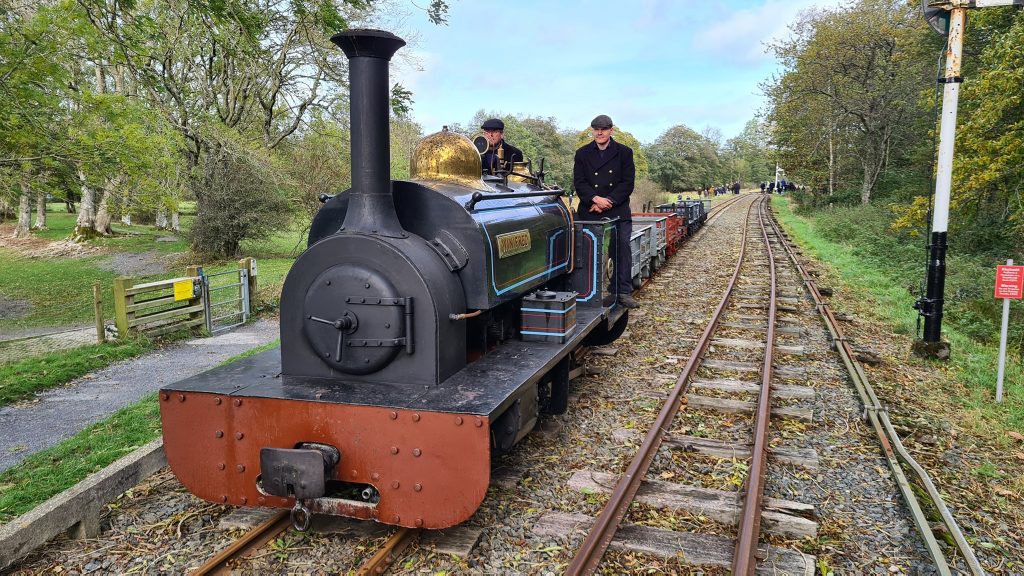 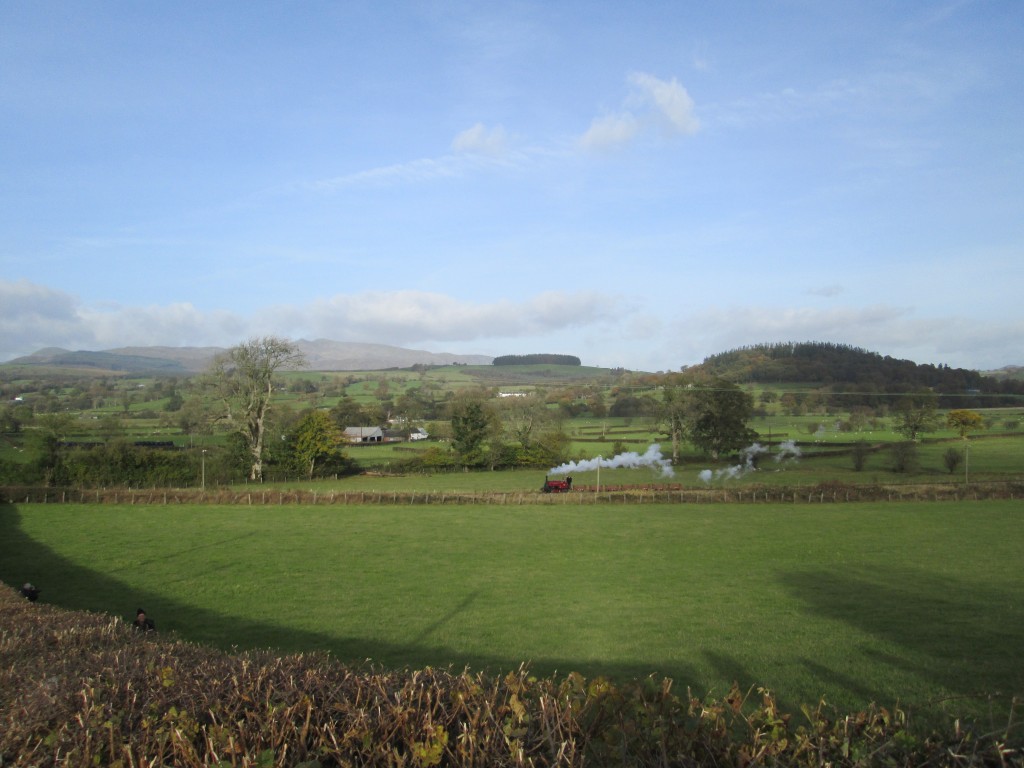 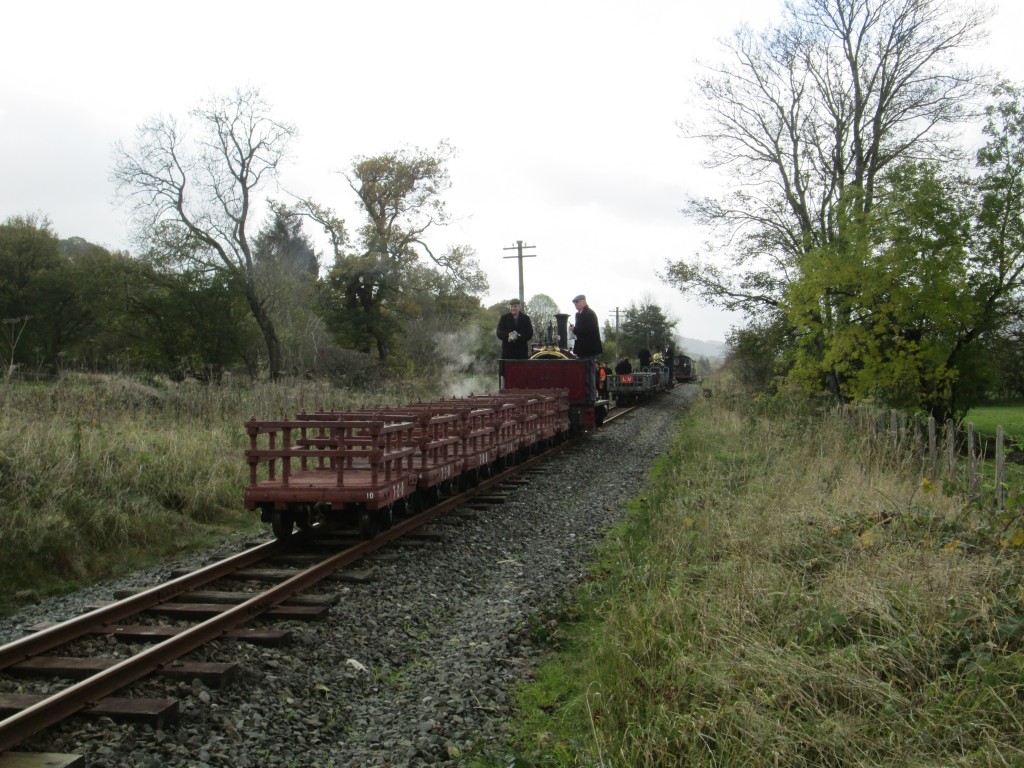 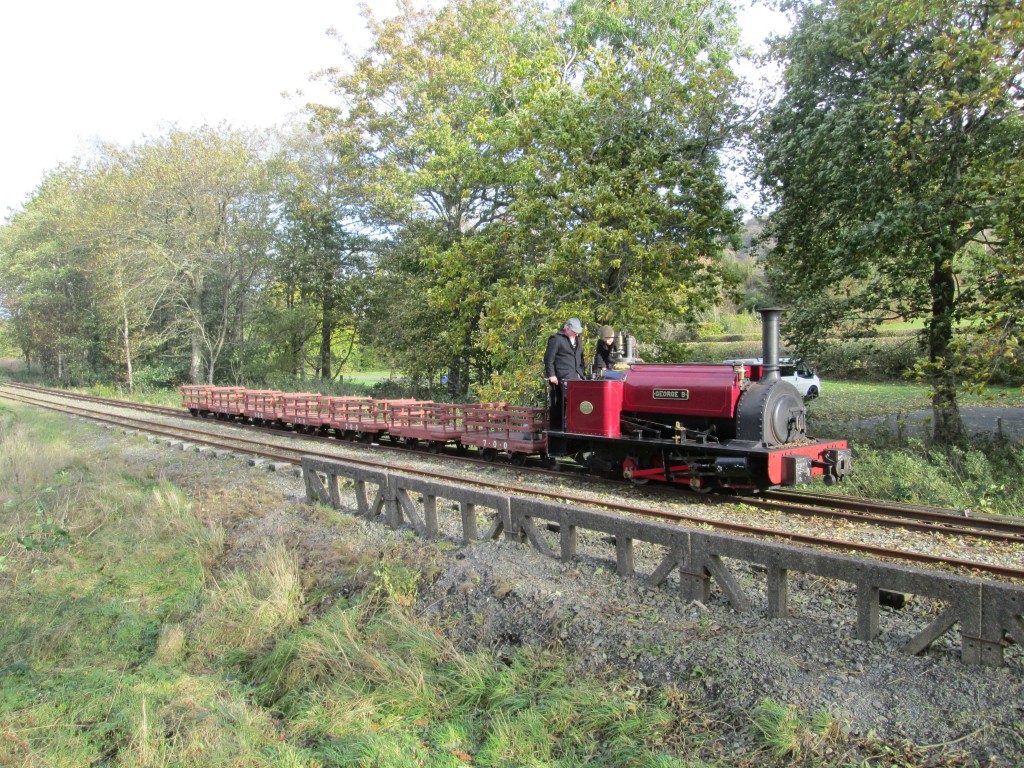 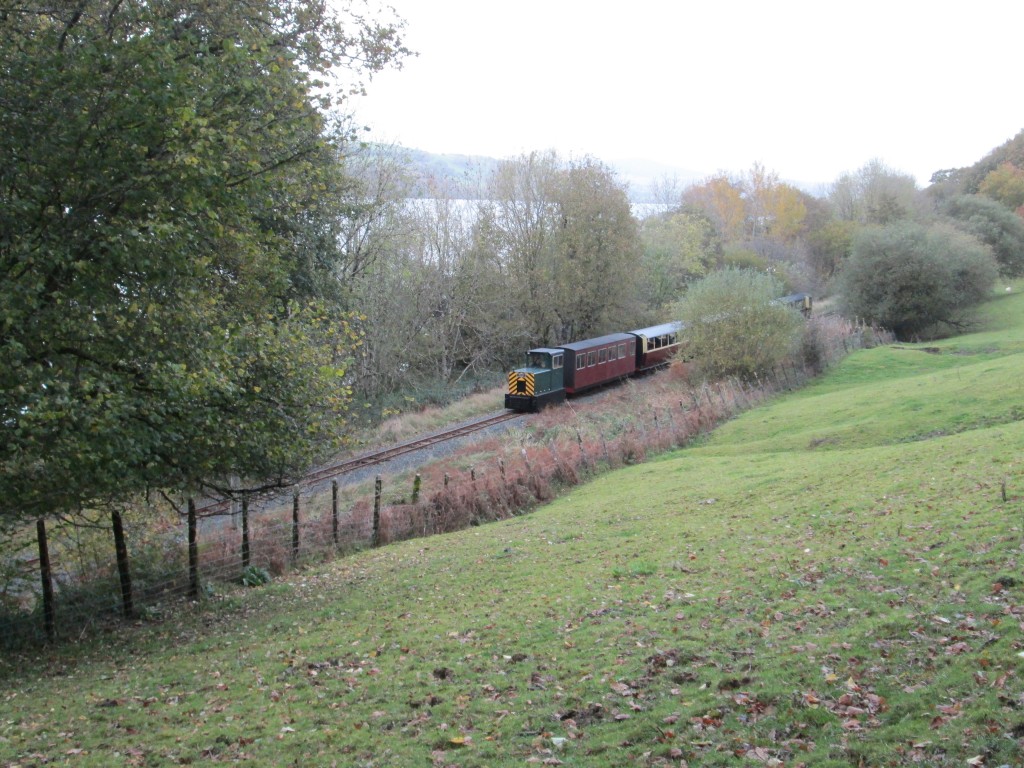 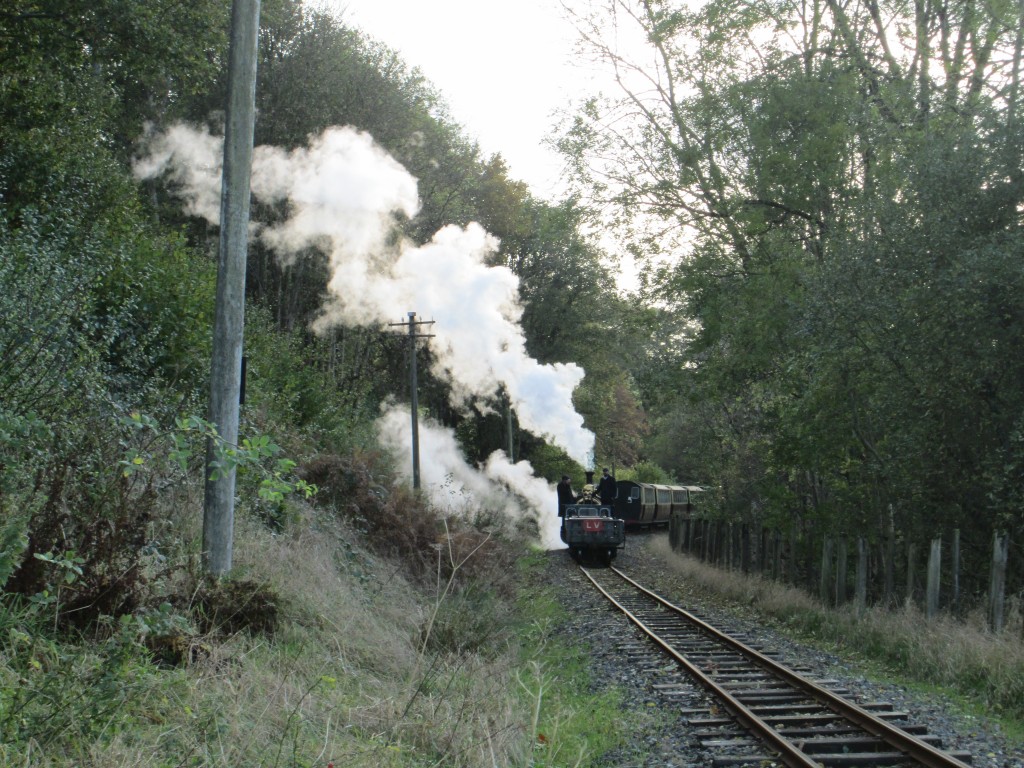 Sites around Llangower were used as well with the lake-side scenery being ideal and the curve to the east of the Halt perfect for hiding a train. The whole exercise was rather sun-dependent but some excellent shots were taken, particularly at Llangower where George B was stationary in the loop while Winifred did her passing runs. After Llangower, the photographers decamped to Pentrepiod for more passing shots. All in all, it proved to be a very successful day for our visitors.

The second charter was the Branchline Society on the 14th, a group of enthusiasts who endeavour to cover every inch of a railway, including sidings and rails inside the buildings. This group comprised of 50 to 60 people who delighted in travelling over pieces of track normally never contemplated by day to day activities. Three diesels, Trigger, Chilmark and Murphy were used on the day, Murphy being particularly useful for running inside the side-sheds which have a very low roof.

The day proved very successful, no doubt due in no small measure to the meticulous planning and timing by the BLR management so that everyone could cover almost every inch of the BLR with no hold-ups. It was certainly an exercise with a difference. 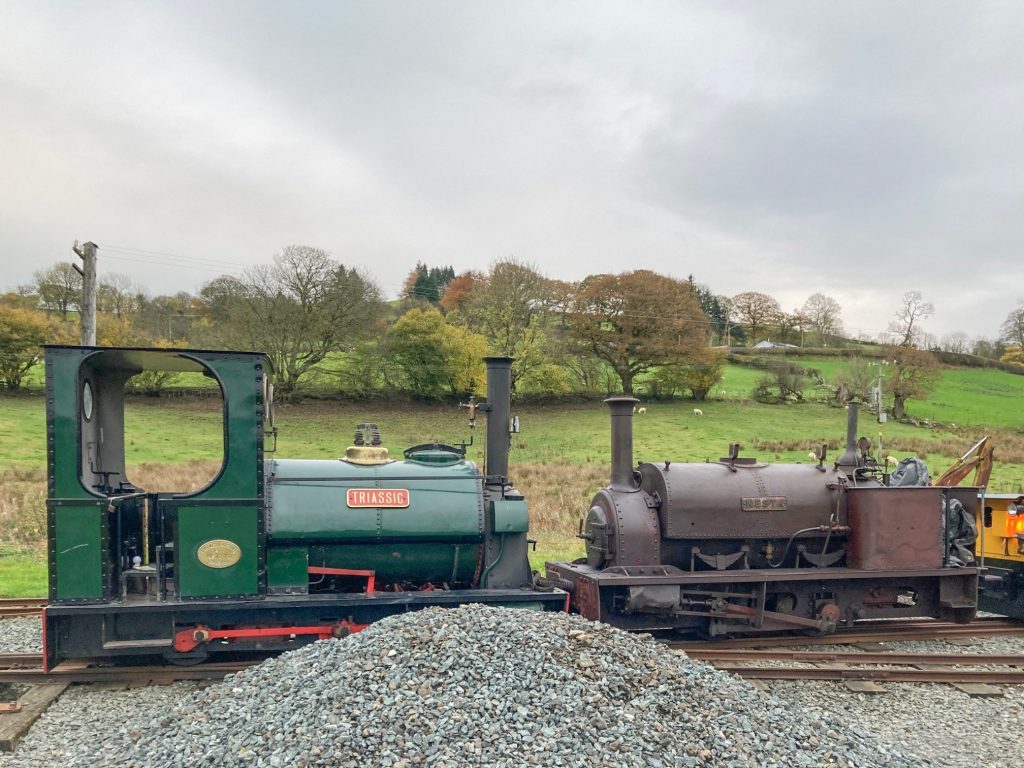 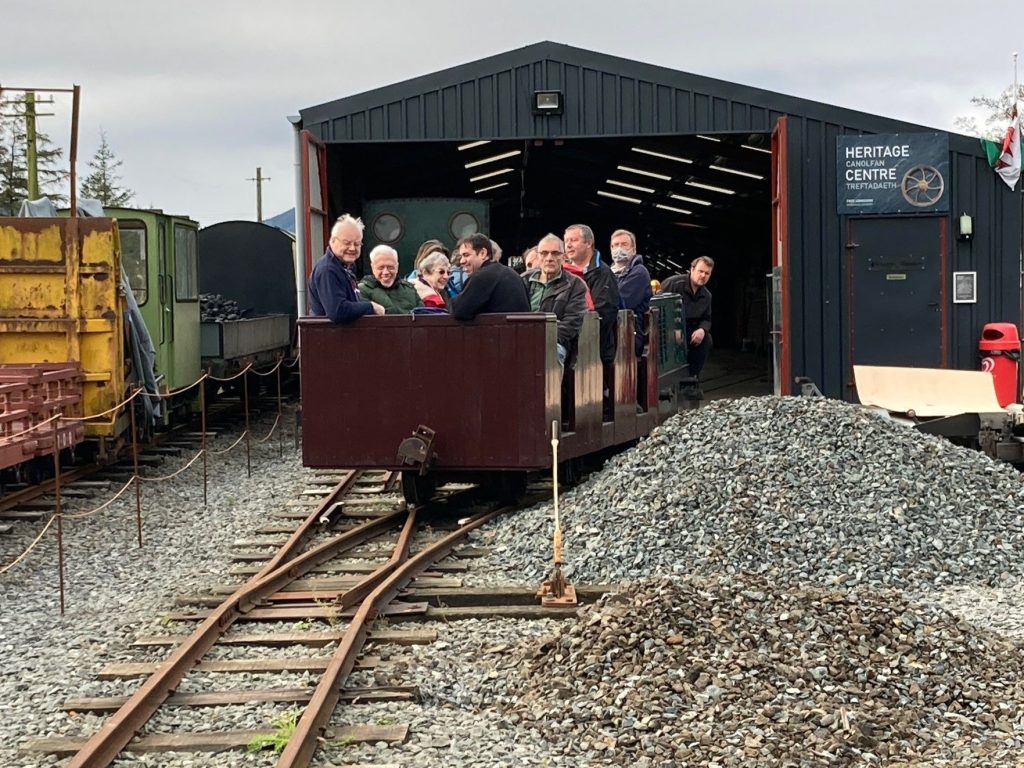 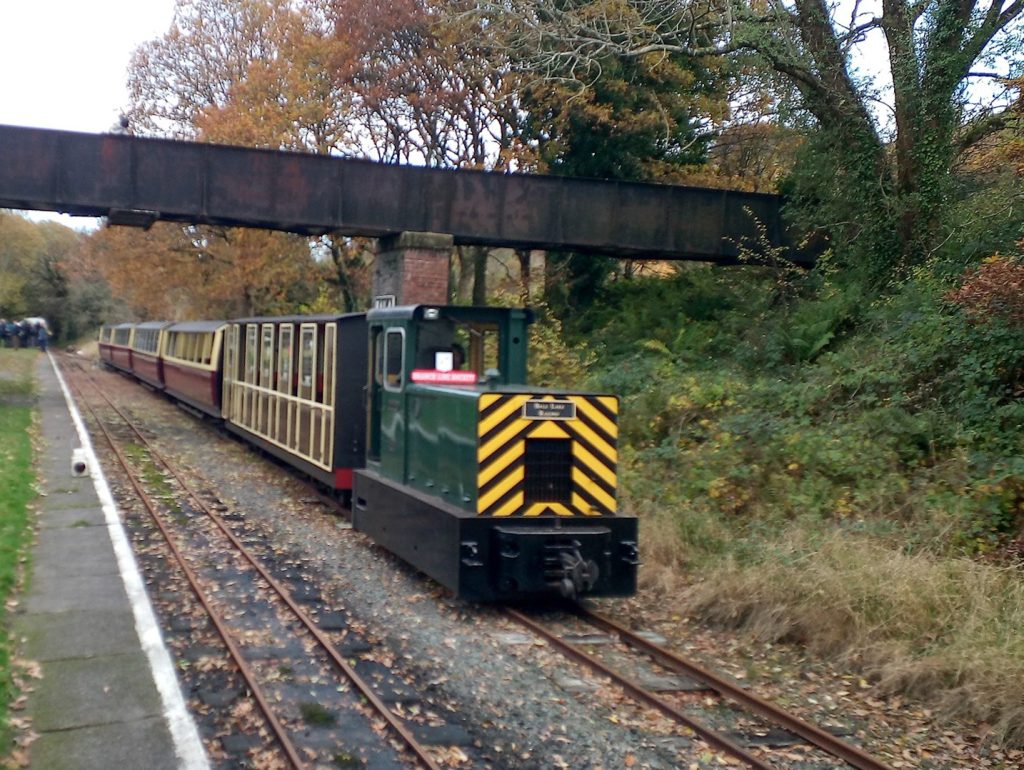 As the photo shows, work progresses well with the new carriage (No4.) whose framework is receiving a top coat just before the side panels are attached. As well as the body frames, the underside of the carriage has also been carefully painted, a revolting task which necessitated volunteers Steve Jones and Tim Williams lying on their backs painting upwards which, as can be imagined, meant that not all the paint reached the required destination! 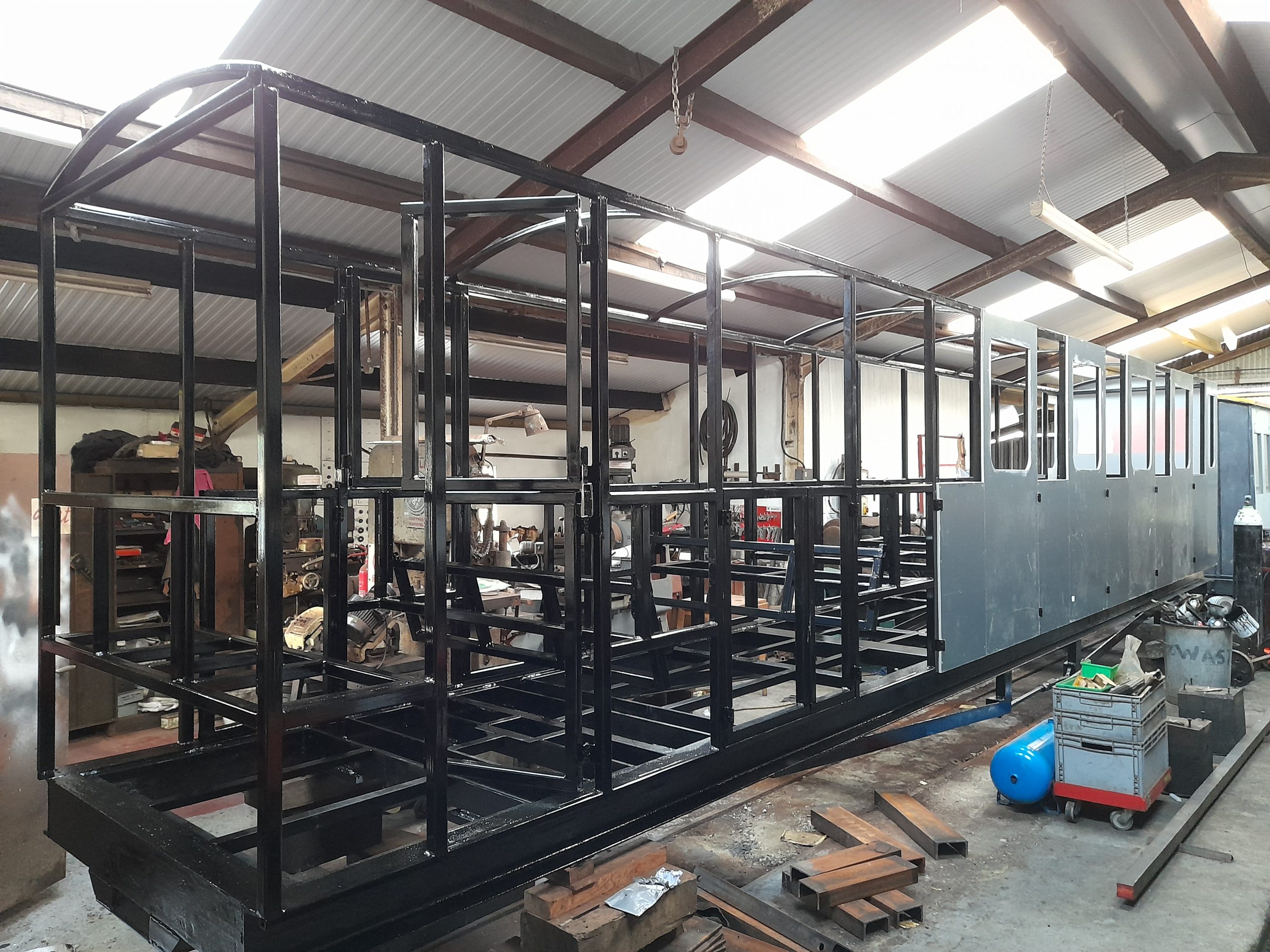 Other work in the shed involved Roger and Bobby Hine continuing work on the painting of the Penrhyn Coach and as can be seen, the lower half has been meticulously rubbed down and has received an early coat. This will be a long and very detailed task but it should be borne in mind that it was Roger who re-painted Winifred to such a superlative standard.

The BLR Trust is delighted to announce another donation from Magnox Ltd. BLR Trust Chairman issued a press release that can be read by clicking here.

And finally……….. the members of the photographic charter were given a bonus while in the proximity of Dolfawr Bank when the famous Ivo Peters Bentley appeared at the farm crossing, thus adding greatly to the overall character of the event. 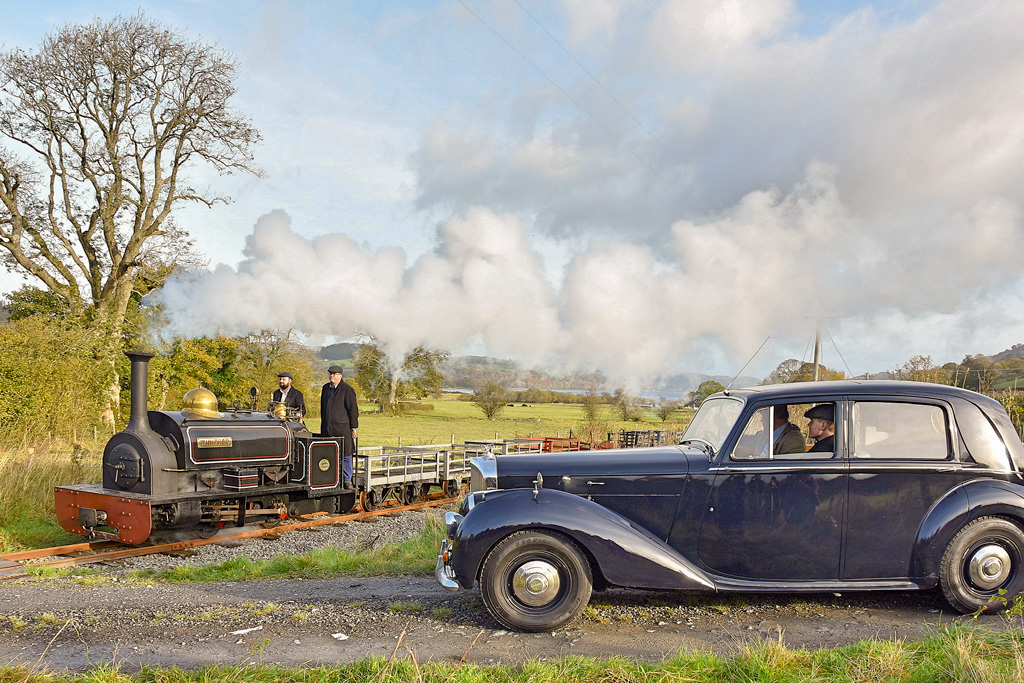 Secondly, National Resources Wales are starting their work on their multi-million upgrade to the Bala flood defences. This operation is the first tangible evidence of work on the BLR extension, this first phase being the new defences which will carry the track-bed along the foreshore. You can read more about this important project on the Natural Resources Wales website by clicking here.

Alongside this ‘first cut’ of soil, the Trust is also delighted to announce that the pre-application for planning permission for the whole extension has been completed and a formal application has been submitted, with a decision expected after Christmas.

Things are happening. But before that, the annual festivities are upon us and the BLR management and staff would like to send sincere best wishes to our wonderful band of volunteers as well as all our supporters of and visitors to this remarkable railway. 2021 has produced record results and we do not get such results without your loyal support, thus an enormous thank-you to all. Because of that support, 2022 bodes very well indeed.