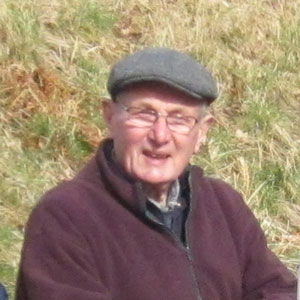 It is sad to report that Roy Hardiman has resigned as Company Secretary and Director of the Bala Lake Railway after a 37 year association with the railway.

Roy was General Manager at Llanuwchllyn for many years.  His long-planned move to Blackpool has come about rather quickly, albeit after a lot of warning, as his house across the lake had been on the market for about a year.  But a buyer appeared in early October, and he has now headed north.  He will be greatly missed, and we wish him every success and happiness in his new home.

As a codicil to this, Roy will also be fondly remembered as half of the reason for the unofficial name for the railway’s main diesel shunter, (officially called Bob Davies) but referred to by everyone as ‘Trigger’.  She was bought originally as a test bed for the Yorkshire Engine Company, was owned by a volunteer and based at Llanuwchllyn, before being bought by the railway some years later.  Prior to acquiring her official name, she was always known as Roy and Roger’s engine, hence the delightfully endearing nickname!

The rake of passenger coaches is to receive some care and attention over the closed season.  Some side panels will be replaced with aluminium, and the repainting, which has already started, will greatly enhance their appearance for next year.

Rob Houghton reports that that Winifred’s frames have now been painted, and he is now endeavouring to align the spindles with the steam chests, a delicate operation. 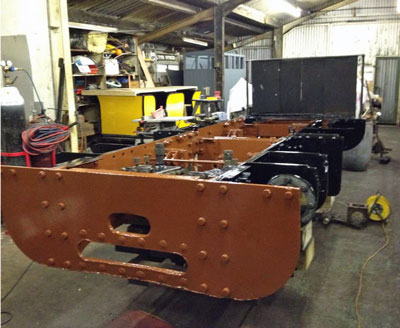 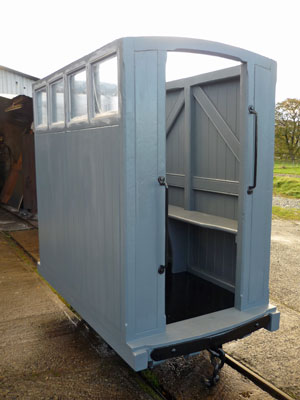 The Padarn Brakeman’s Van is almost finished, as the accompanying photograph shows.  Polycarbonate windows have been fitted, and the glazing bars are being carefully painted.  The chassis ironwork is now resplendent in a topcoat of gloss black, and the floor is fully painted too.  The door is now complete, and will soon be fitted.  Roofing canvas will follow, but final completion is dependent on how quickly the new paint will dry properly in autumn temperatures and humidity.

The inexorable progress with Chilmark continues as ever, and since the last report, she has had her pistons removed in an effort to cure not only the interesting amount of oil smoke, but also an uncharacteristic lethargy in her performance.

Rob removed the pistons and cylinder heads, not as tedious an operation as it might sound, and new rings and gaskets are to be sourced.  Whether or not the ‘new’ pistons from the original, cracked engine will be used, is to be decided after very careful measurements have been taken.  Roger has his sights on a specialist to get the injectors and pump overhauled and recalibrated.  These improvements, when done, will certainly restore her sparkle. 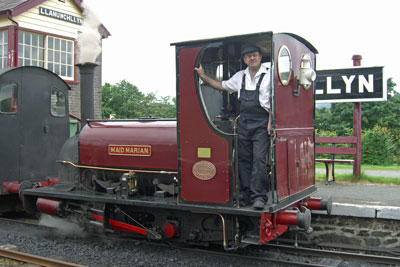 The agreement between the BLR and the Maid Marian Locomotive Fund has been re-signed, thus her continued presence on the railway is assured.

This ‘fund’ was set up years ago in order to purchase Maid Marian from the Dinorwic quarry.  After some enthusiastic fund-raising, this purchase went ahead, after which the locomotive spent some time in Bressingham and Llanberis, before arriving at Llanuwchllyn.

Originally, the agreement about Maid Marian’s use was on an annual basis, but about 20 years ago, this was changed to one of renewal every ten years.

The ‘fund’ charges the BLR a small annual fee to cover expenses, while the railway continues to enjoy the use of her, as well as doing all the routine and essential maintenance.