February was a month of relative contradictions, with conditions ranging from spring-like and damp to decidedly wintry. Needless to say, during the half-term services, snow fell and the loco rostered for these duties was Maid Marian which is open to the elements. However, that did nothing to temper the crews’ enthusiasm and comments were heard to the effect that being in the open along the lake was ‘bracing’! The passenger numbers over the extended period were 18% up on 2017, a healthy improvement but also bearing in mind that the services ran for over two weeks. Even so, nobody was disappointed.

What loco was rostered for the half-term services depended on what locomotives were available during this annual period of boiler inspections. Holy War, currently our only covered loco, hence popular with the crews, had passed her boiler inspections and was in use for the second phase of services. But protection from the elements is not total, thus the crews were grateful for the warm stove in the signal box between trips. Winifred and George B are due inspections very soon, prepared, as always, by the engineering team headed by BLR Chief Engineer, Rob Houghton, and it is a delicious quirk of circumstance that the name of our boiler inspector is also one Rob Houghton (no relation)! The inspections of Alice and Maid Marian will be completed before Easter, and Maid Marian is to be refitted with her cab again after a year of topless travel. The back-plate to the cab will also be replaced as the original is showing signs of age. Likewise, her water tank is to be replaced as well, and the materials for these amendments/improvements are being funded by the Maid Marian Locomotive Fund.

As ever, there is progress with The Red Dragon Projectand the building that was on what will be the new station site in Bala itself has been demolished. Please clickon this link to get the full story and photos of this major development, the very first piece of physical activity on our extension into Bala.

With regard to political matters regarding the project, one week in February saw meetings take place with the Welsh Government in Cardiff, followed almost immediately by further consultations at the opposite end of Wales with the Snowdonia National Park Authorities in Llandudno. These are parts of the ‘jigsaw’, and needless to say, it is all ongoing. But when the project is completed, it will make our railway, and the town of Bala, complete.

The new Carriage Shed Extension is in use already and, as our photo shows, our heritage rolling stock is being moved to better positions. The floor of the new shed has been painted in special sealing floor paint.

At the same time, a set of loco oil bottles has been beautifully refurbished, and all painted for their individual locos, typical of the engineering team’ attention to detail. 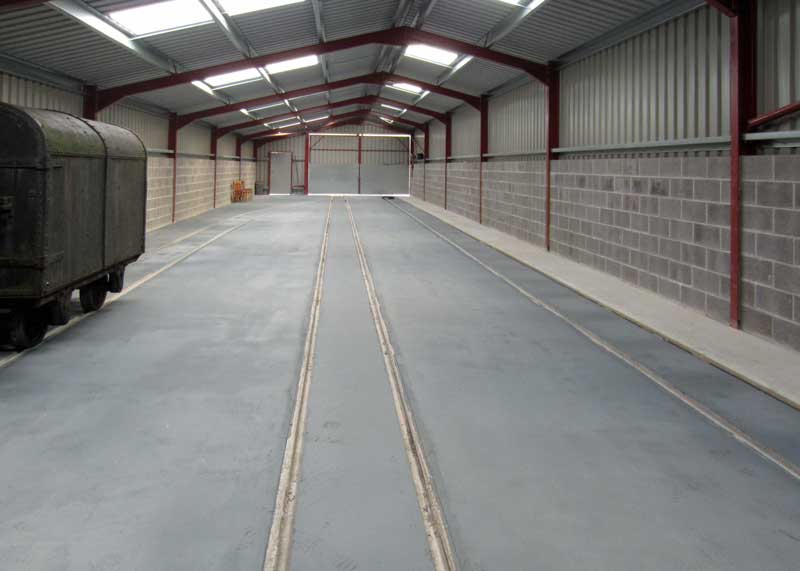 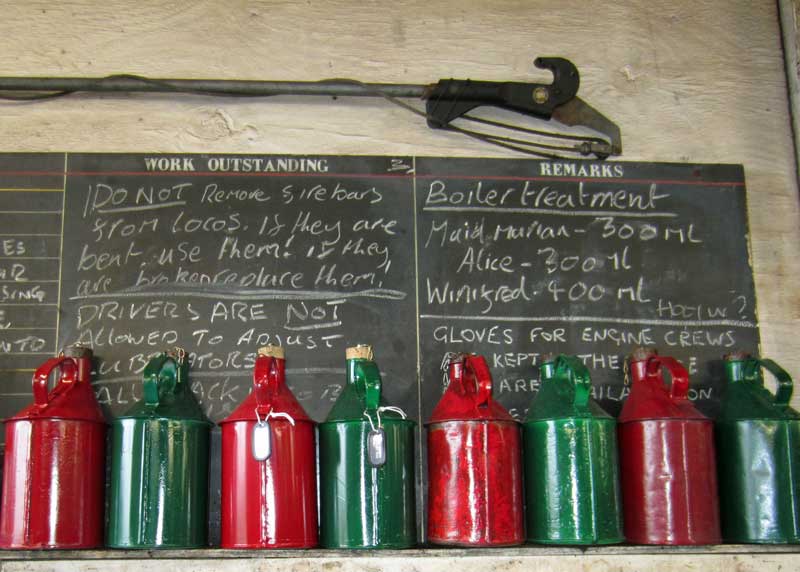 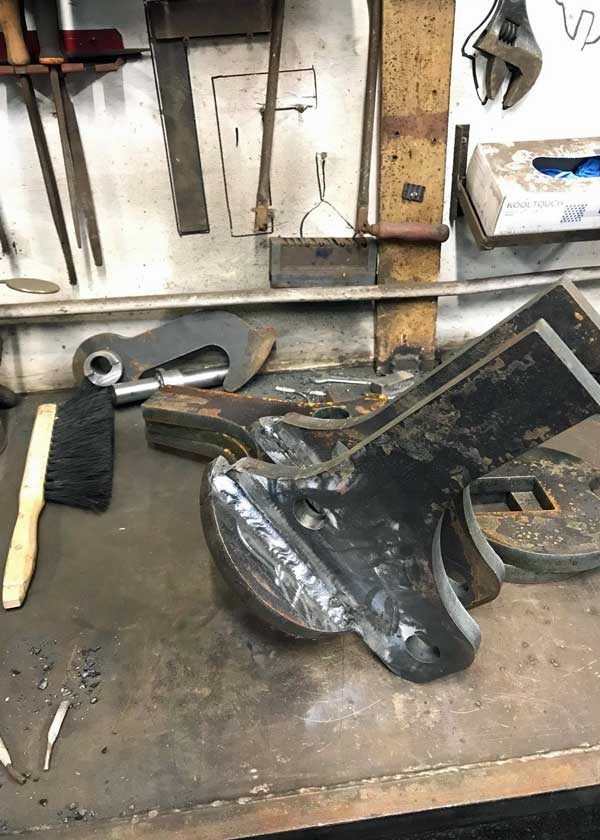 The engineering team has also started the daunting task of making new couplings for all the locomotive stock, thus standardising coupling up. With some locos having buffers and others not, the new arrangement will make life considerably easier and faster for the loco crews, plus it will bring the BLR into line with other 2 ft. gauge railways, thus visiting locos from other lines, or ours making visits elsewhere, will experience no problems at all. The other bonus is that as the BLR often features double-heading (and sometimes more), the new coupling arrangement will mean that every loco is compatible and coupling up can be done very quickly.

The Carriage & Wagon Department are drawing up a detailed plan for the year ahead, but in the first instance, their skills are aimed squarely at the woodwork around the station. Apart from finishing off the inspection plates on the second large bogie wagon, (remember those sleepers?), new signs are being made in traditional railway style, to indicate where the toilets are located, even down to beautifully carved ‘pointy fingers’. The back boards for the long main station name-board have had a good dose of preservative applied in readiness for re-erection on the platform. March is a relatively quiet month with little running, apart from activity at the beginning and the last week, (see later), so the team are getting the essentials out of the way before the season starts in earnest.

And finally……. the Wednesday Gang have been working hard in all weathers on a multitude of tasks, and as well as their weekly appearances, the next working weekend is scheduled for the 10th and 11th March. As always, it matters not a bit what you may be good at, we would appreciate any and every bit of help. In spite of the hard work to be carried out, there is always the BLR atmosphere plus copious amounts of tea and flapjacks, definitely a BLR tradition now, in the works wagon for breaks. Please make a note of the dates if you can help. It will be a weekend, firstly memorable, and secondly, very rewarding. We may be a small railway, but we are getting a reputation for great things and achievements.

The ‘season’ starts off in earnest on Sunday, 25th March with hardly a break until October. Please check this website for further details, schedules and special events, such as the Bala Lake Festival of Transport at the end of May, and this includes, on the 31st May, our unique ‘Jackets, No Ties’ event where we cook potatoes in our own special manner, foil-wrapped and in a loco smokebox. They are like no other!