Long term supporter of the Bala Lake Railway and resident of the town continues the traditional, highly skilled craft of pattern making. 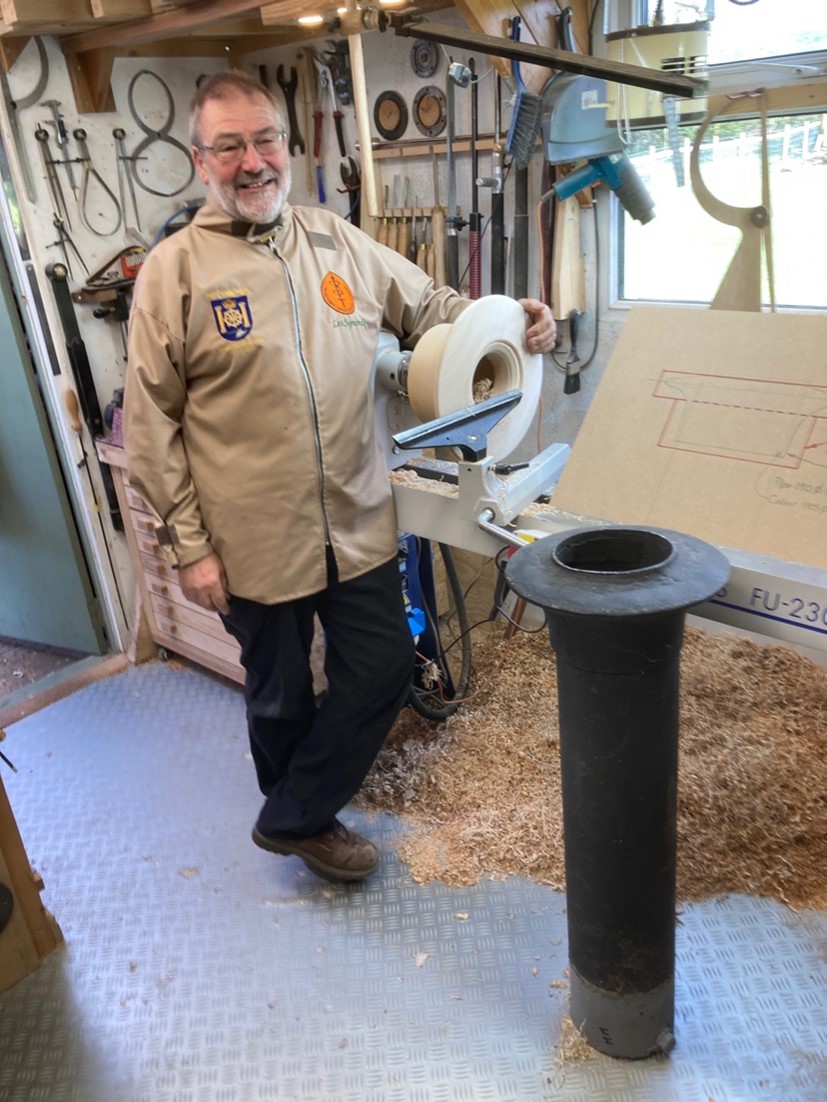 Accurate detailing of these enchanting locomotives is so important in order to keep their historical integrity and accuracy.

Both locomotives are under overhaul and will be returning to traffic later this year and until now have been using chimneys that only bear a passing resemblance to the original.

Les has been working with the foundry, John Taylor and Co. in Loughborough in order to carefully calculate the amount of shrinkage there will be in the casting process. With a complex design this has been far from easy.

It is good to see such an art as this being retained in the twenty first century.